Kashima Antlers have been promoting the ‘Smartification' of Kashima Soccer Stadium since 2017. This has been proceeding as a three year-plan, with this the final year of the first phase.

In July 2017, as part of J.League's ‘Smart Stadium Promotion Project' a high-density Wi-Fi network (Antlers Wi-Fi) was installed at Kashima Stadium. The exclusive portal site (Antlers Wi-Fi PORTAL) also opened at the same time, and when concourse events such as ‘Shika BIG' and ‘Antlers Photo Project' became connected to smartphones Kashima Stadium made its first steps as a smart stadium. As well as that, in 2018 we made every effort to raise the quality of the content being provided at the stadium. Specifically, including a diversification of the AR and VR events which were also carried out in 2017, we provided activities and content that stadium visitors could enjoy using their own smartphones, such as present campaigns employing the check in function of the official J.League application 'Club J.League', which was released in February of the same year. Furthermore, the smartphone game linked to the large screens which was introduced in the previous ‘Sponsor Activity' section represented the first time such an event had been attempted by a professional football club anywhere in the world, enhancing the customer-experience-based service that only a smart stadium can offer.

Also, with this being the final year of the first phase, a new service will be introduced enabling entry with electronic tickets. This will digitalise annual tickets for fan club members (SOCIO and season tickets), ‘Shika' tickets for the general public, and the various invitation tickets, enabling the use of IC cards (for annual tickets) and ticketless entrance utilising the aforementioned J.League official application. Starting with the introduction of this new service, Antlers will make ‘building a stadium where everything can be done with one application' the most essential target of the ‘smartification' of the stadium. Due to the introduction of electronic tickets, visitors can buy tickets online, share them with their friends, and, if the application is installed, enter the stadium with their own smartphones.

The J.League is planning to expand the services of its official application continuously in the future, while this year Antlers have collaborated with the digital membership card ‘One Touch Pass', which has a ‘My Page' function and enables points to be managed and annual tickets to be transferred. Additionally, it is also possible to externally link to a ‘d-point card', which extends the convenience of the application even further.

After 2020 we are planning to enhance all stadium services, with food and drink orders from your seat, parking management, and ticket re-sale all on the horizon. From now on Antlers will continue to utilise the official J.League application in the stadium, together with the introduction of cashless payments at the stadium and club-related facilities. In addition to improving convenience for customers via cashless payment, we intend to link purchase promotions through the dpoints system. Looking to the future, the system will be introduced in the Rokko region to accommodate inbound demands, as well as in the construction of the town surrounding Kashima Stadium. Revitalisation of the local economy is also a motivating factor behind Antlers promoting the stadium's ‘smartification'. 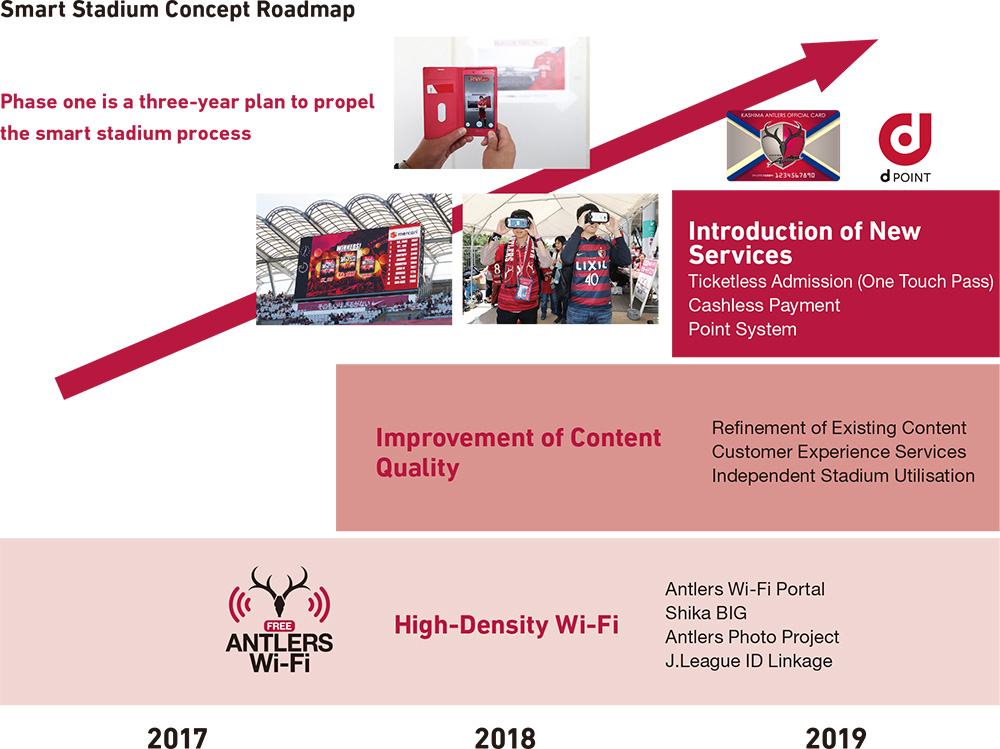 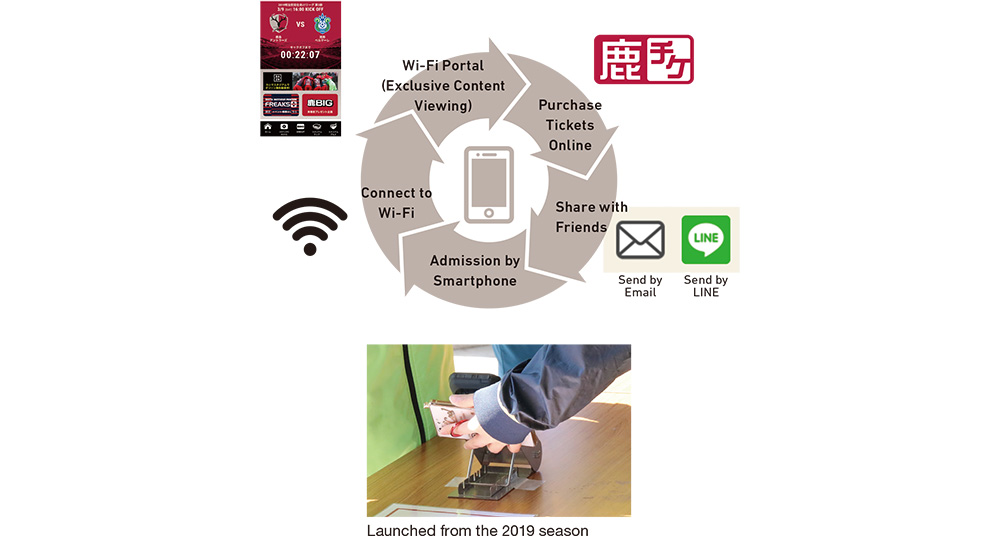 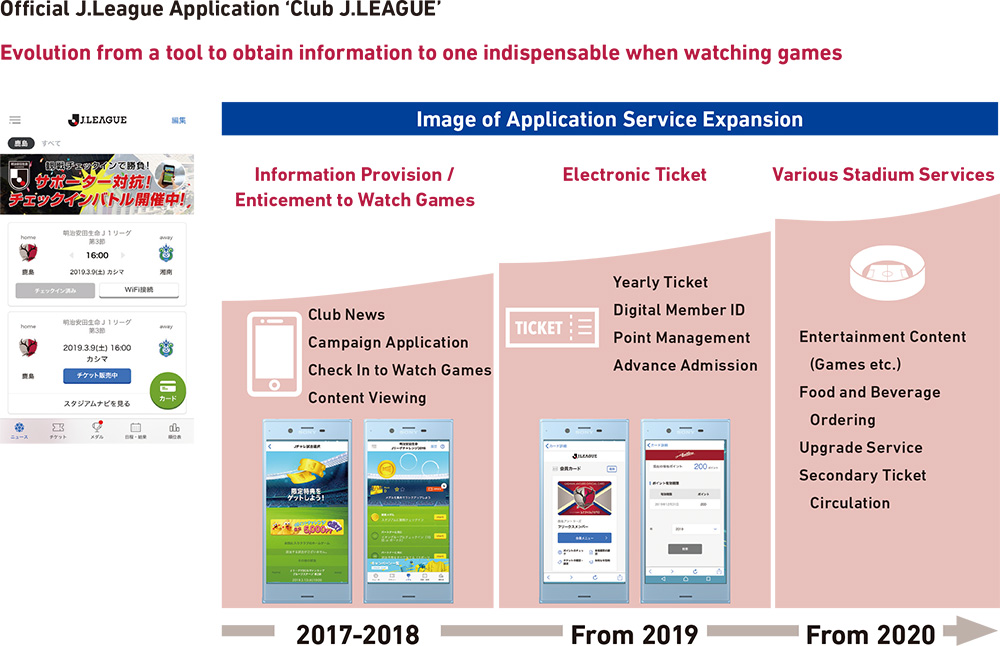