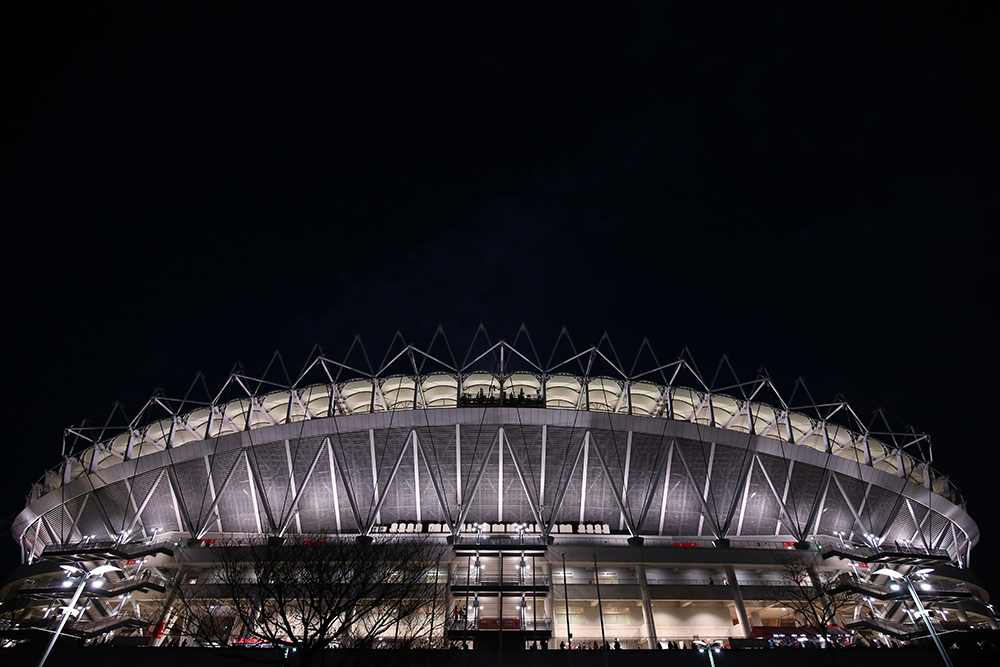 Antlers' home since 26 March 1993, Kashima Soccer Stadium is due to undergo big changes again this year.
The Kashima Soccer Museum, opened in 2004, is set for wide-scale renewal, while the Wellness Plaza, established in 2006, is also in line for similar improvements, including the installation of a public bath. There is a real awareness of furthering stadium use on non-matchdays to ensure Kashima Stadium is a hub for the local region.

On the other hand, the importance of Kashima Stadium as a sacred football ground will also increase. The stadium has been selected as a host venue for the 2020 Tokyo Olympics, meaning it will international competition for the first time since the 2002 World Cup. Ahead of that, the stadium will also host the Ibaraki National Sports Festival this year, at which athletes will gather from all over the country.

Antlers have served as the fixed administrator of Kashima Stadium for 13 years since 2006, during which time we have undertaken plenty of improvements to the facilities. In 2008 a 500-metre LED wraparound advertising board, the longest in Asia, was installed at the front of the second tier. Then, in 2017, the latest large electronic screens were added to both the north and south stands as part of the commitment to improving the viewing environment for visitors. In July of the same year high-density Wi-Fi (Antlers Wi-Fi) was installed, meaning not only matchday visitors but also those making everyday use of the stadium have constant online access. This Wi-Fi network has led to the staging of matchday events using AR and VR, while further events utilising the whole venue have been made possible on non-matchdays as well, including ‘Kashima Zombie Stadium' and the ‘Kashima Treasure Cup'.

On matchdays it is possible to enter with electronic tickets, and there is a drive towards a cashless experience. In this way the stadium has carried out a transformation into an advanced venue, but what hasn't changed over the past quarter of a century is the enthusiasm of the people who gather there. Every summer a beer garden is opened, with this year already set to host the 11th. Last year the ‘Antlers Stadium Camp' was held on the pitch too. This two-day one-night event saw tents erected on the pitch and offered the largely parent-and-child group of participants the opportunity to enjoy a rare experience.

‘Things we have to change' and ‘things that shouldn't be changed'. Bearing both these things in mind Kashima Stadium will continue to serve as a symbol of the region.
Kashima Soccer Stadium Chronology
OFFICIAL PARTNER
view complete list of partners