In 2017 Antlers established a base in New York. The main objective is to investigate and apply advanced cases from the digital domain of Major League Soccer (MLS), while there are also opportunities to gather information in terms of player management and competition factors. Another reason comes in the form of establishing relationships to learn international strategy directly from the likes of FC Barcelona and Bayern Munich, as well as the Spanish La Liga who also have offices based in New York. The relationship building hasn’t solely been with European clubs, and for the past two years regular meetings have been held at the head offices of MLS in order to deepen ties with the league and its clubs. In terms of clubs, we have interacted with both LA Galaxy and New York Red Bulls, and as we will discuss in the following ‘Forum Projects’ section, we invited LA Galaxy’s vice-president as a main speaker.

The MLS is structured differently to the J.League in a ‘franchise’ system, but its effective use of digital technology has seen the scale of its business grow year by year as a result of engaging ‘millenials’ and the so-called ‘Generation Z’ ? the digital-native generation born between 2000 and 2010. MLS also differs from the J.League in that it has no promotion/ relegation system, and until last year it comprised of 23 clubs. This year it will grow to 24 thanks to the addition of FC Cincinnati, while the aim is to expand to 28 clubs by 2021, with another of the new clubs set to be Inter Miami, co-owned by David Beckham. The establishment of the club was a long held dream for Beckham ? who also played for LA Galaxy ? and another of his co-owners in a venture which received much attention is the Japanese businessman Masayoshi Son.

The MLS is steadily achieving growth, and digital forms the core of its media strategy. MLS Digital has been producing and distributing the league’s content since 2010, as well as working with the partnership division to plan ventures. A thorough ‘fans first’ way of thinking forms its foundation, from which Antlers can learn in many ways.

Furthermore, following on from the creation of our New York base Antlers have decided to add a Singapore hub as part of our Asian strategy. Here we will co-operate with the J.League’s Asian strategy, provide advanced support for club sponsors in the Asian market, and build relationships in the Asian business community, serving as the driving force to promote our strategy from a B2B perspective. ‘Football Dream’ declares our intention to keep challenging out in the world, and Antlers will keep expanding our sphere of activity to become increasingly global. 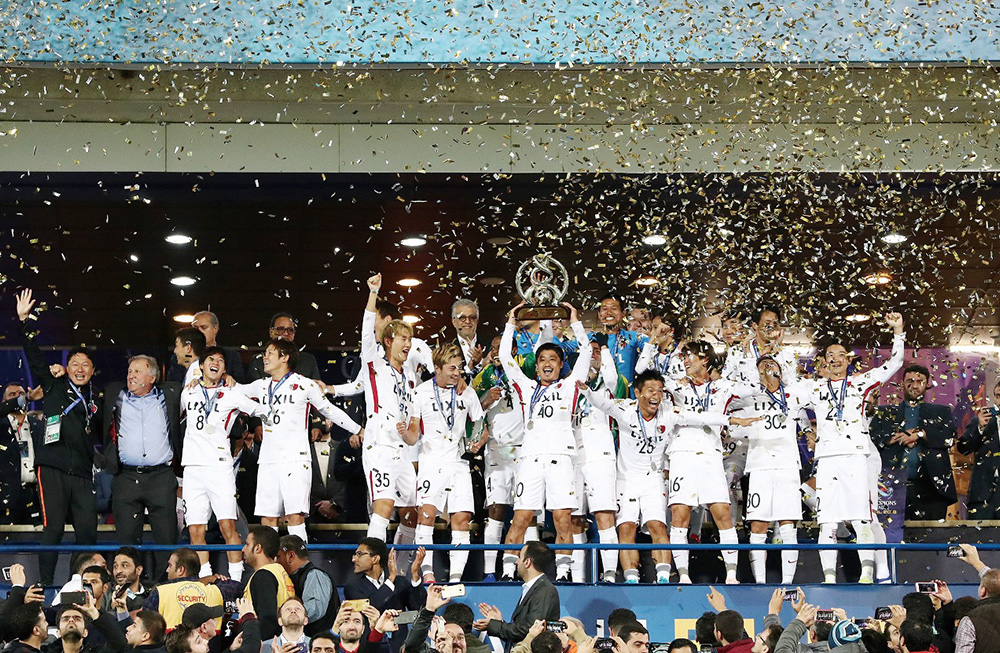 Utilising the recognition gained by achieving the holy grail of the Asian title, we will magnify the ‘Antlers Brand’ in the Asian market. 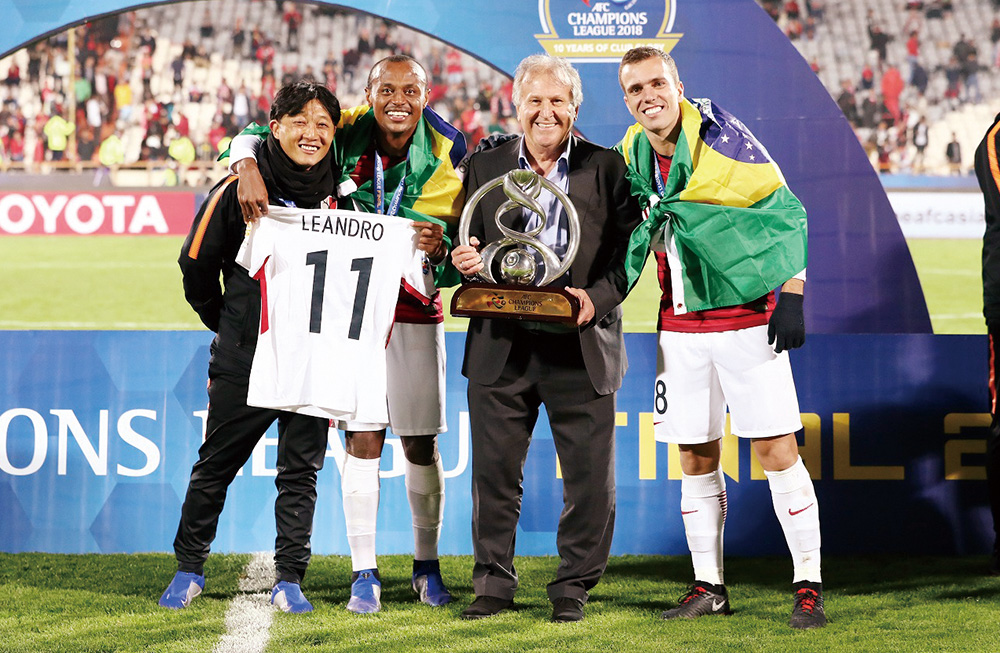 The presence of Zico TD, famous around the world, is huge from a global strategy perspective.

In Order to Win
Increasing Income to Strengthen Competitiveness

On account of achieving success on the field last year by winning the Asian title, this year’s operating income is expected to be around 7.2 billion yen (approx. US$64 million), a significant increase on the 5.2 billion yen (approx. US$47 million) from the previous year. Prize money and other income generated by the Club World Cup had a big impact in this respect, but it is also as a result of increasing all income through management efforts.

Home game performance is the most fundamental consumer business for professional football clubs, and admission revenue increased to 976 million yen (approx. US$8.7 million) from 894 million (approx. US$8 million) in 2017 ? the first time since the club won three consecutive J.League titles 10 years ago in 2009 to exceed 900 million yen. Maintaining this momentum, our target this year is to work as an entire club on promotions to keep attracting customers and achieve a revenue of one billion yen (approx. US$9 million) as well as a total attendance of over 460,000. We will achieve this aim by strengthening our approach to attracting customers in the hometown, as well as areas like Narita and Tsukuba Cities, alongside a diversification of customer service through the introduction of electronic tickets and the addition of value packages via connections created by the Antlers Hometown DMO.

A further consumer business comes in the form of merchandise income, which is expected to increase by around 130 million yen (approx. US$1.2 million) to 829 million (approx. US$7.4 million). Marketing in this field is highly compatible with digital, and e-commerce is also growing at an impressive rate at Antlers. Income from e-commerce merchandise sales is expected to grow this year, with a transition taking place to a ‘central store’ system as sales move from the club-run official online shop to the J.League Online Store, which forms part of the J.League’s Shared Digital Base. In this way, we will effectively utilise the open ID J.League customer data made available to expand ‘customer contact points’ and ‘suggested products’ in order to strengthen marketing in line with the interests and environment of the customer.

Furthermore, the J.League will relax its commercialisation rules from this year, with clubs able to produce supporter goods freely (fundamentally 10 items). In line with this relaxation the club will develop a dual axis of goods ? with one selection possessing nationwide appeal and another product line-up centred more upon the local region ? in order to meet the diverse needs of customers and aim to exceed an income of 900 million yen.

Sponsorship revenue, which decreased from 1.96 billion yen (approx. US$17.5 million) in 2016 to 1.92 billion (approx. US$17.1 million) in 2017 grew by over 200 million yen (approx. US$2 million) to 2.13 billion (approx. US$19.1 million) last year. This was largely down to the fact that the ban was lifted on collarbone sponsorship on team shirts last year, to which Antlers reacted promptly by agreeing a new contract with official sponsor mercari. By promoting collaborative sponsorship, which will be discussed in the ‘Sponsorship Strategy’ section shortly, NTT Docomo has joined as a new club sponsor, with advertising fees expected to increase further.

On the other hand, player salaries increased significantly last year, climbing to 3.28 billion yen (approx. US$29.3 million) from 2.18 billion yen (approx. US$19.5 million) in 2017. However, the glory of winning the Asian title is bigger than anything else. From now on, too, we will support the team by accumulating sales on the business side of things in order for the club as a whole to push forward towards victory. 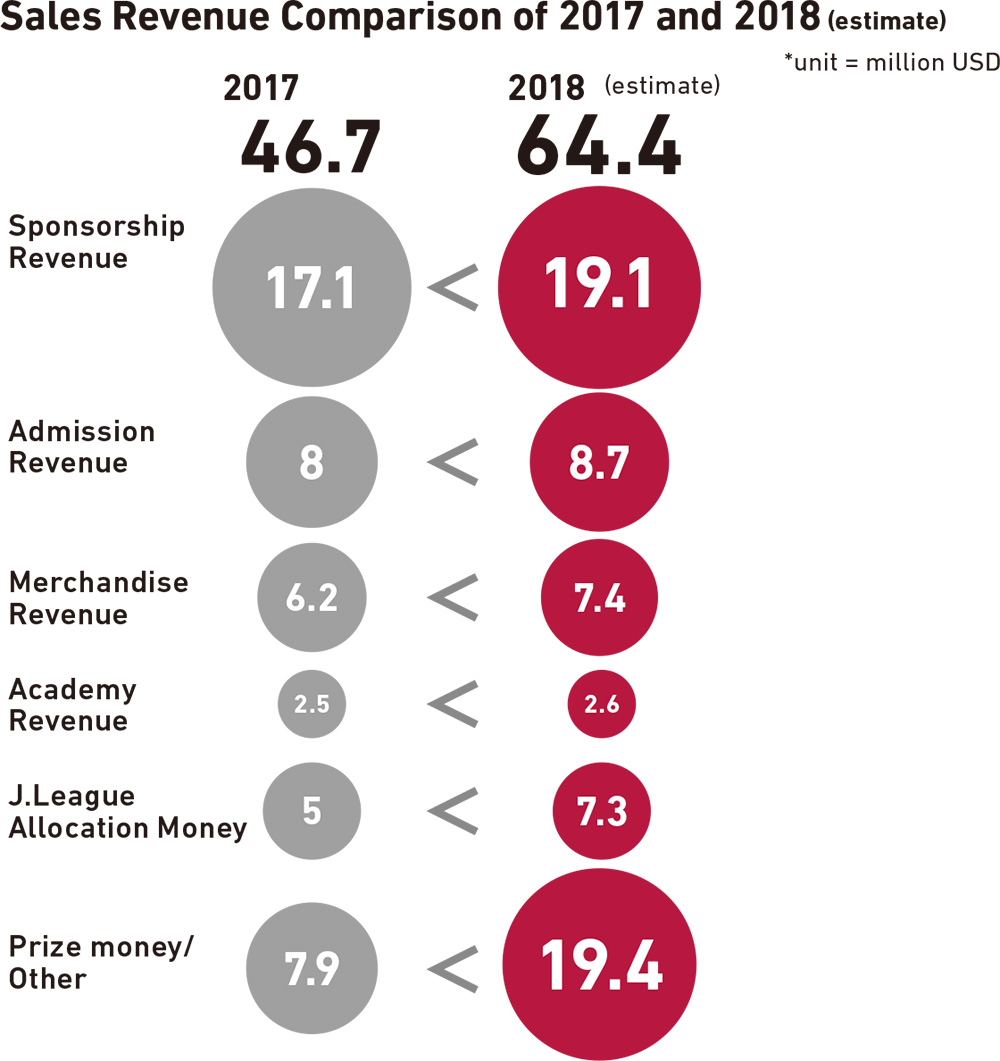 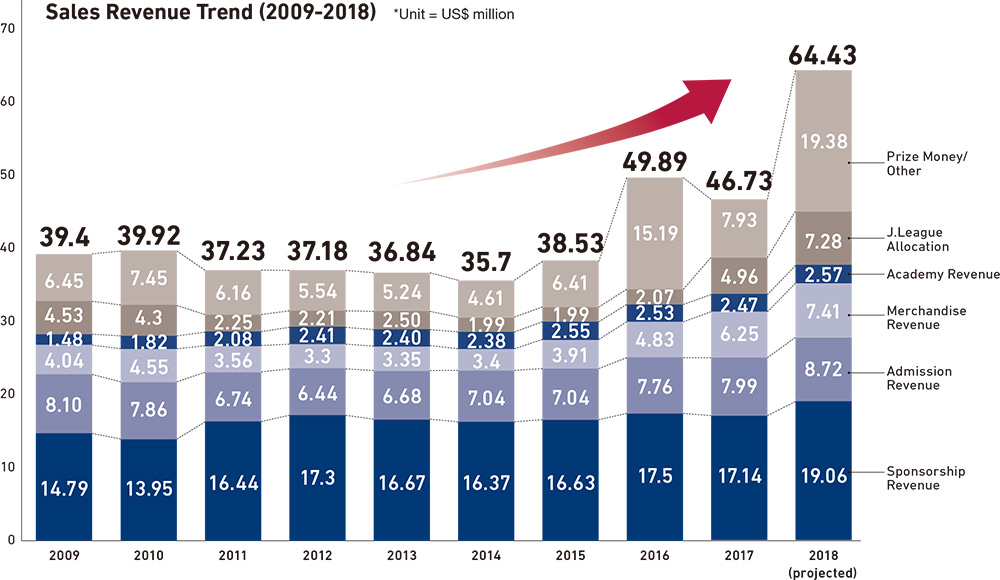 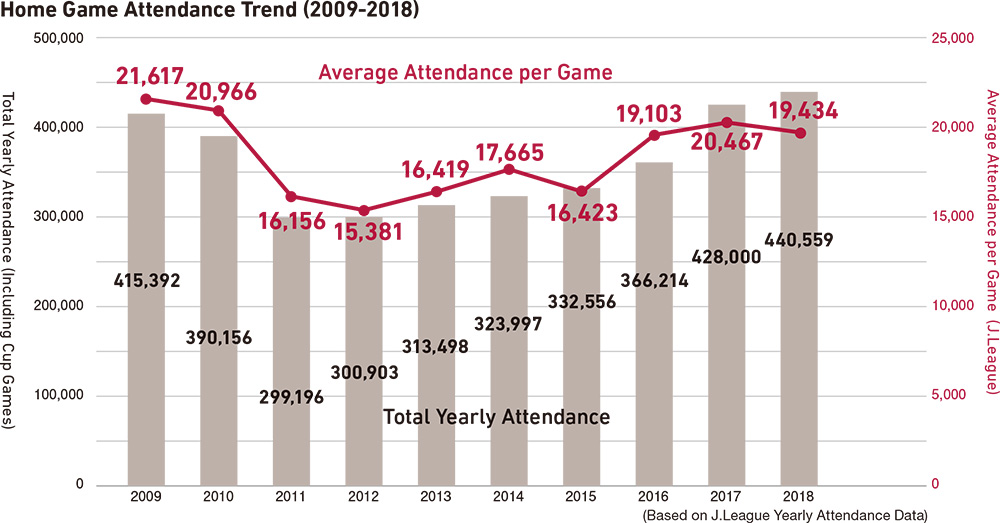