Story of the Club

Born Together, Living Together ‘God’ Zico and ‘Football Dream’

There can be no debate that the presence of Zico, along with the construction of Japan’s first roofed football-specific stadium capable of holding 15,000 fans, played a part in Saburo Kawabuchi, head of the J.League’s establishment preparation committee, stating that, “a team like Kashima is necessary” after previously rating the club’s chances of being involved in the first ever J.League season as “99.9999 percent impossible”. In May 1991, three months after participation in Japan’s first professional league was confirmed, ‘God’ Zico arrived in Kashima.

From that point on Kashima Antlers have walked together with ‘God’. He didn’t only lead the team on the pitch as a player, but also passionately explained the things required of a professional football club, leading Executive Vice President and Sporting Director Mitsuru Suzuki to say, “I still remember those things now, nothing has changed.” In terms of the clubhouse construction Zico would say, “this is the professional way,” with the man himself recalling his deep involvement as a “nostalgic memory”.

Zico retired as a player after the 1994 Suntory Series and returned to Brazil, but in 1996 he came back as technical director (TD), playing a part in Antlers’ first Golden Age and also having a spell as general manager in 1999.

Between 2002 and 2006 he served as the manager of the Japan national team, before departing the country for a spell and coaching a variety of club and international teams in Turkey, Uzbekistan, Russia, Greece, Iraq, Qatar, and India.

Zico then returned to Japan after a 16-year absence last season, re-assuming his role as Antlers TD in July, and after a difficult first half of the season the team recovered its form and won its 20th major trophy ? the holy grail of the Asian title. “I was able to spend time observing many things last year,” Zico says. “This year I want to engage with all players and staff throughout the club to get even deeper”. All around the world everyone knows the name of the ‘God’ of football. The presence of Zico will enable Antlers’ ‘Football Dream’ to become even more vivid.
Antlers and Zico, 28 Years of Progress

The Pride of 20 Titles, the Most in Japan A Year to Challenge and Exhibit ‘Change’

Last year was historic for Antlers, as the club finally got its hands on an international title by winning the AFC Champions League ? long craved as the ‘holy grail’. Starting with the first J.League championship in 1996, the total now stands at 20 titles. There is great pride in being the most successful team in Japan, and Antlers have had three ‘Golden Ages’.

The first fell in the three years between the first J.League triumph in 1996 and 1998. Brazilians such as Jorginho played pivotal roles in the team, and the club picked up four titles in three years.

The second ‘Golden Age’ then followed under the management of Toninho Cerezo. In 2000, his first year in charge, the side achieved the first treble in J.League history. In contrast to the first ‘Golden Age’, which was built around Brazilian players, this time Japanese players like Yutaka Akita and Yasuto Honda were key, while youngsters such as Mitsuo Ogasawara and Koji Nakata also emerged. In the three years until 2002 the club picked up five more titles.

This made it nine trophies in the six years between 1996 and 2002, but a period of four years without a title then ensued. It was ultimately Oswaldo Oliveira who delivered the much-coveted 10th crown when, on the last day of the 2007 season, Antlers completed a remarkable comeback to claim its first league title in six years ? with the Emperor’s Cup swiftly added later in the same season. An unprecedented run of three consecutive league championships then followed, with seven trophies in total being collected over the next five years.

In 2015 Masatada Ishii secured a first title after three barren years when he guided the team to glory in the Yamazaki Nabisco Cup (now the YBC Levain Cup), with an eighth league title ? the first in seven years ? being secured the following year as the J.League shifted to its ‘Championship’ format. Alongside captain Ogasawara and custodian Hitoshi Sogahata the likes of Mu Kanazaki, Daigo Nishi, and Yasushi Endo played key roles, while players such as Gaku Shibasaki, Shoma Doi, and Gen Shoji also added strength. That year the team took part in the Club World Cup for the first time, progressing all the way to the final. There they came up against Real Madrid, taking them to extra time before finishing as runners-up. After that the club sealed a double for the 2016 season by also going on to win the Emperor’s Cup.

However, on the last day of the 2017 season the league title that was all but in our grasp eluded us, leaving the club empty handed. Then, last year, Atsuto Uchida returned to help us claim the aforementioned ‘holy grail’ of the ACL title, although the club again ended the domestic campaign without a trophy. We are without our legendary captain Ogasa wara in 2019 after his retirement, but with the likes of Kento Misao and Yuma Suzuki promising great things to come. There is a firm resolution to retain our Asian crown and also get back to winning ways at home, as we aim to challenge again. ‘Change’ holds no fear, but can we achieve our aim of ‘glory on all fronts’? It’s time for the club as a whole to be tested.
J.League
（1996, 1998, 2000, 2001, 2007, 2008, 2009, 2016）
8times 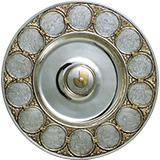 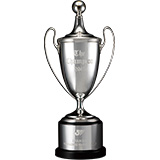 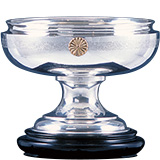 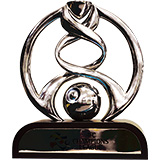